Kevin Carstens is an Associate Engineer providing transportation engineering analysis and design services.  He is registered in California as a Civil Engineer. 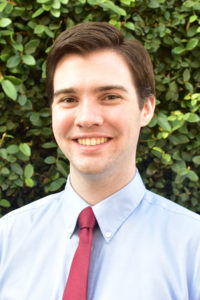 Kevin has been actively involved in ITE since joining as a student member in 2010 and rising through the ranks to serve as Cal Poly ITE President in 2014-2015 as well as Events Chair for the inaugural Student Leadership Summit in 2014.  Kevin served as Webmaster for the 2019 Western District Annual Meeting in Monterey, and graduated from ITE International’s LeadershipITE program in 2018.  Kevin is currently the ITE San Francisco Bay Area Section scribe.